After defeating the foul & loathsome harpies the warlock decided the next logical step was to literally dive into the poopit that was the harpy nest, made of bones bound with hair & excrement, on the offchance that there would be something shiny or magical that would make risking death by various diseases worthwhile….the party stood back as the warlock dived like a dolphin into the fetid foulness followed by the hunter.

EVENTUALLY the group actually got around to freeing Clothilda & the hunter led the group off to the river to clean themselves leaving the warlock to wallow like a pig in plop however, before the group reached the treeline the MAMA harpy returned, THREE times larger than her offspring the hagharpy saw the bodies of her chicks strewn about…& a human in her nest, naturally combat ensued, wounds were caused with the hagharpy’s plumage proving amazingly resilient to the hunter’s arrows, poo was swallowed:poop: :yum: by the warlock but VICTORY was won & after pausing just long enough for the warlock to RETURN to the nest for a refreshing dip the party 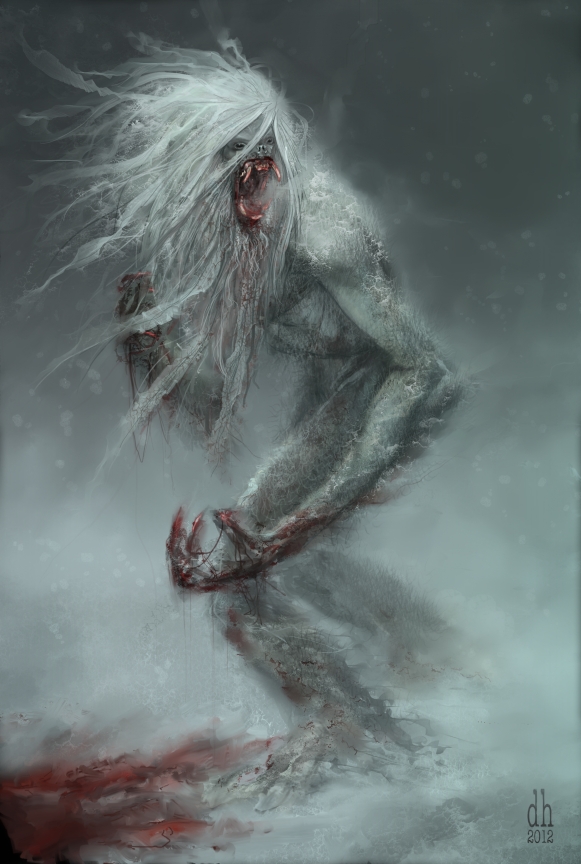 hastened after Clothilda who, in her seemingly dazed state, had slipped away while they were otherwise occupied.

Following the trail the group were forced to seek shelter by a storm of unnatural origin & found a cave that was guarded by an aban…abom…feckin YETI that ambushed the sorcerer dropping him in the first round, despite this loss the group prevailed & found the cave was occupied by a kind individual who healed their wounds, shared his fire …….& was killed by unspoken agreement between the warlock & the knave…..