Loot divided, and we’re off to the next Dungeon. with horses! 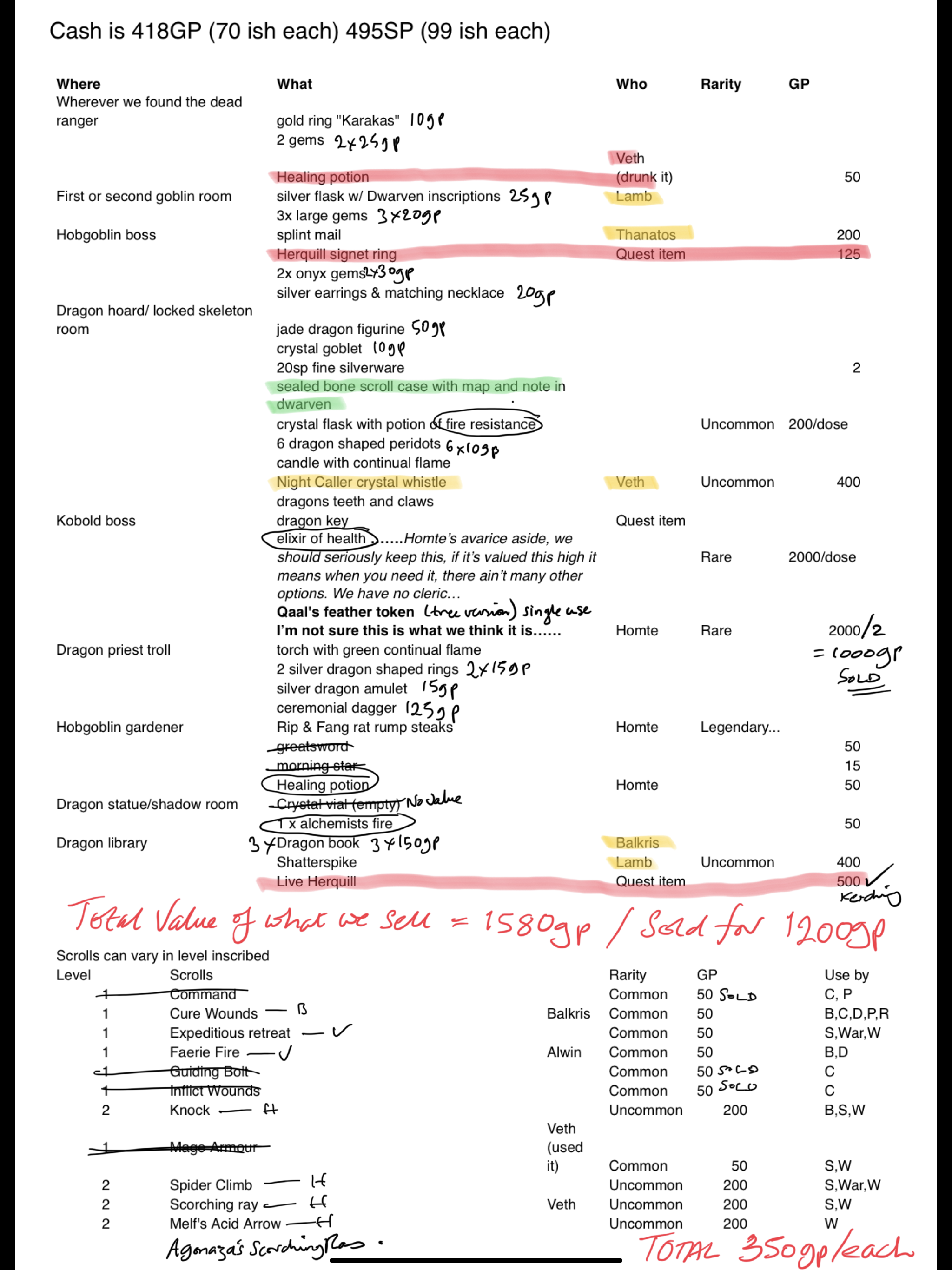 27/2/19
They’ve nailed the first Dungeon. Durnan will be very proud. Leaving close on 4th level, what with story objective for defeating Belak the Evil Druid and finding the last remaining Hecrule noble . now the scramble for the loot!

20/3/19
Twig Blights, Giant Rats on the leash of an orc berserker. The caverns under the citadel are now relinquishing their treasures, and YES, we’ve all become 3rd Level!!

13/3/19
We finally got them damn kobolds, and found a decent amount of treasure at the same time! The undead troll caused us a few issues, but we’re good, and have now gone down the hole to the “next level”. Watch out here we come!

6/3/19
After a well needed long rest we found the kobolds had decided to claim the area of the citadel that we had cleared of Goblins. It didn’t take long to send them packing, and we’ll have to clear the whole lot up before we leave. Feeling is we’ve lost our rum stash. Now for the ice door, as it become very obvious the wyrmling white dragon the kobolds are so fond of was locked behind it. After an initial attempt to tame and befriend it, it breathed on our Great Bear / Druid and the fight kicked off. So far our Sorcerer’s wild effects have been beneficiary if anything.. so we’ve been able to side step the conversation as to whether we want him around.. that was until now.. a wild effect produced a 32HP damage fireball. and roasted the lot of us. TPK? Find out .. next week.

20/2/19
Now realistically looking to extract the bodies of said spoilt kids from the sunken citadel, the group are making good progress. Rats everywhere, including Mama Rat, they were knee deep in filthy rat nests, but the reward was there and the dirty old gnome was more than happy to dig about for every last bit of copper. The Dragonkin’s curiosity got the better of her, resulting her poisoning herself, and the Sorcerer’s curiosity did too resulting in him being able to breath fire like a dragon for the next hour.. how’s your luck! Thanatos and Lamb, an unlikely warrior combo, bring a certain credibility to a group determined to drag every last ounce of treasure from the place.. and rescue the white dragon, of course!

6/2/19
Having been offered a surprisingly large quantity of money to rescue some spoilt kids trapped down a fissure, the party (which contains far too many half-elves, pah!) is now underground making friends with kobolds and looking for a little wee WHITE DRAGON. It surely cannot end well? Thankfully they seem a resilient lot, lead by a rather dashing (genetically engineered) Barbarian, and a mysterious Dragon kin Ranger, there is hope yet.

29/1/19
So Character Gen pretty much done. We have a Half Elf Barbarian, Deep Gnome Rogue, Half Elf Sorcerer, Dragon Born Ranger, Tiefling Fighter and a part time Druid. We commend them on their bravery not having a cleric!
Next session the dungeon delving begins.. 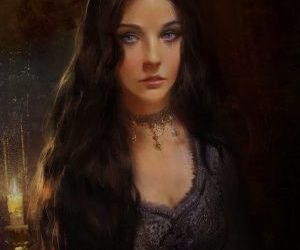 Entry 6. 12th day of Tarsakh, 1492 DR. Lamb backs away from the door as the moaning reaches a crescendo and the ghostly figure of a dwarf in wizard’s robes emerges through it. An overwhelming aura of fear washes over the Company and Homte gets the feeling his grave... 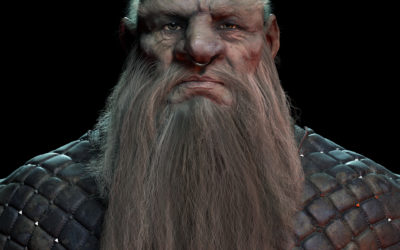 Entry 5. 12th day of Tarsakh, 1492 DR. The vanguard of the party cautiously edge into the antechamber, Balkris in the lead and drawn to the statues like a moth to a flame. As they advance the sound of hammering on metal can be heard echoing down the stair way on the... 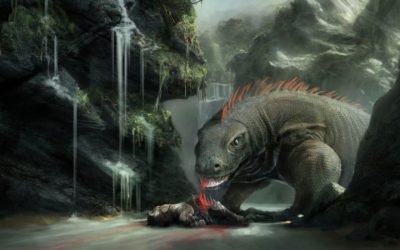 Entry 4. 11th & 12th day of Tarsakh, 1492 DR. The general consensus amongst the Company is that they have an opportunity to ensure they are fully rested in a defensible position, one that may not arise after they head down below. They discuss the possibility of... 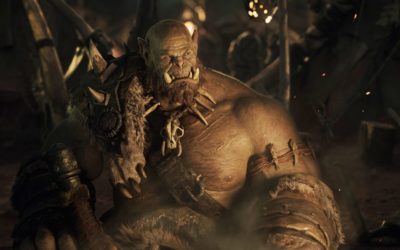 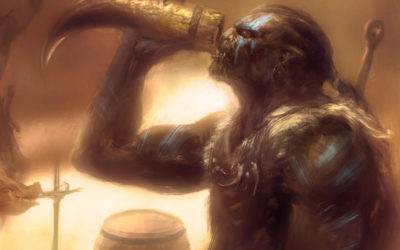 The Company retreats back to the foetid guard room and discusses their options; push on, despite the unknown number of orcs still at large; rest in place, or retreat and find the source of the smoke or another unguarded entrance. Lamb, bored of conversation, returns... 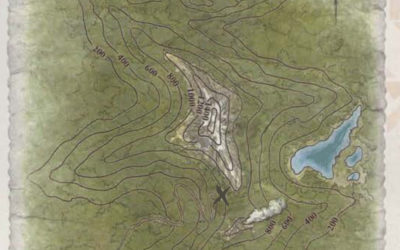 The Company are following a map, obtained previously, to the lost dwarven stronghold of Khundrakar. Leaving their horses in the nearest town, and buoyed by the promises of a 25 gold piece bounty on orc heads, they have plunged into the Sword Mountains and found their...