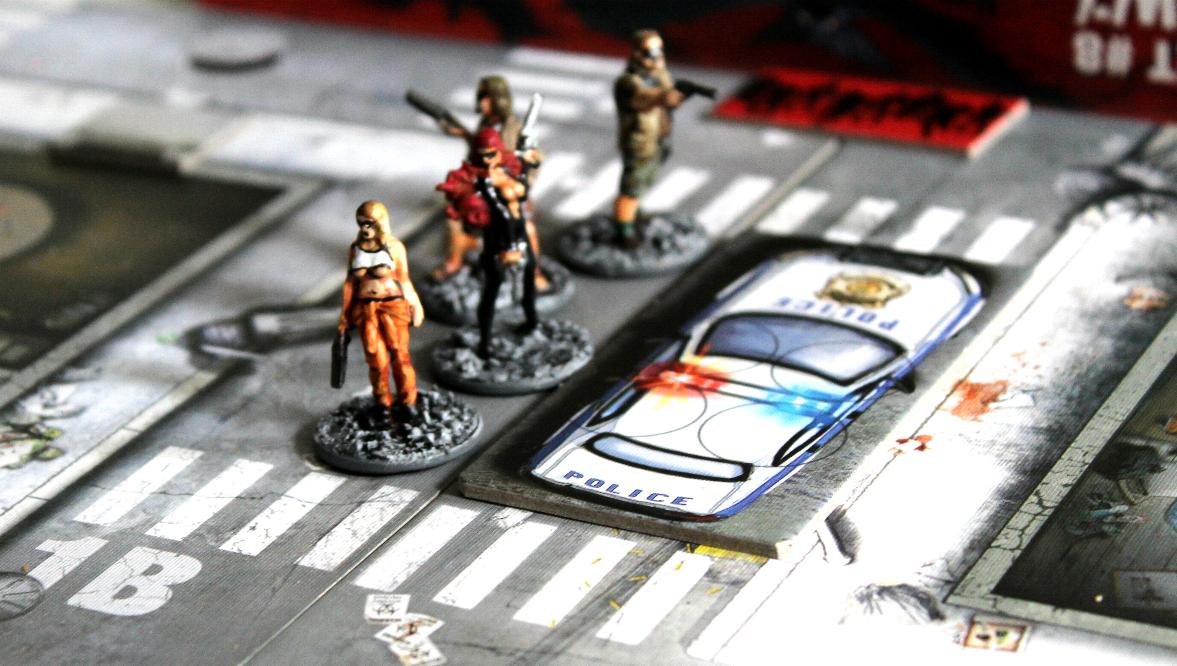 We were defeated by time tonight. So close to victory, or defeat, one burst of bad luck could have had zombies roll over us. I’d count it as a partial victory. We stumbled a little early on, wanting to push on but lacking the weapons to bash the doors to the City Mall down. We did get in, in the nick of time, with zombies clawing at the barricades around the folk we were aiming to rescue. the survivors got into their stride around that time. Clever manouvres, cunning skill use, generous sharing of equipment.  The car keys to our escape vehicles were found, one car starting to clear the route out by mowing down the undead hordes outside. The other car keys were snagged but the amount of zombies was building up beyond the capacity for many of us to deal with. One car load fo survivors got away. If we had another twenty minutes we’d have found out if all the exp’ being grouped amongst a few survivors rather than spread around would have been calamitous, or if the remaining heroes could have grabbed the other cars and followed to victory.