Mud, Mud glorious mud….The witch Magrat identified a halberd in the armoury as magical & thus the sticky fingered adventurers burnt through most of their magic for the day & their health in various attempts to pilfer the polearm.

Sabre the knave TECHNICALLY died to twin battleaxes hurled by the invisible entity that inhabits the armoury but in the end the hunter lassoed the weapon & won a tug of war while the rest of the party took turns losing the fight to hold the door open eventually all collapsing in a heap bloodied yet unbowed they then decided, to the horror of Storm the mysophobic sorcerer, to investigate the door that had liquid mud seeping from underneath, the hunter was the first to get stuck, then the knave & (breifly) the witch, Azamar the druid elementalist BLASTED the area with concentrated elemental earth energy thusly killing the living mudbeast while thickening it so those trapped could be dug out. 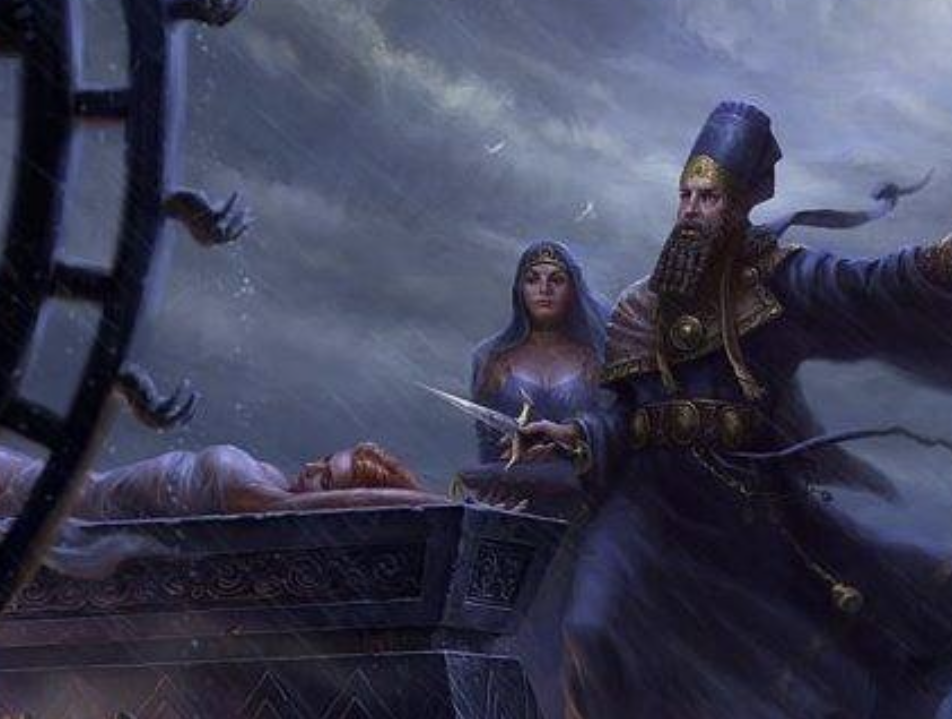 After healing up they promptly forgot all about THAT door & strode up to the main steps with the hunter advising caution as he spotted that the steps had been rigged to give way under unwary foes. Cautiously opening the main doors they saw the interior was neglected, dust coated & ruined furniture with only some animal scent & some truly deaded zombie archers being any sign of habitation a doorway was chosen, a tower entered, traps & encounters avoided both good & ill, with the exception of a patrol ambushing them, until the hunter sneaks upwards to find an alter with a dancing & chanting priest waving an ornate magical dagger over the prone & seemingly paralyzed Clothilda.

The party all successfully sneak (amazingly) into ambush position as the priest screams the name of his patron & drives the dagger down….will Clothilda end up as a snackfrifice to a darker power or will the party prevail ….& then have to escape with the castle on high alert, find out next time in DRAGON WARRIORS