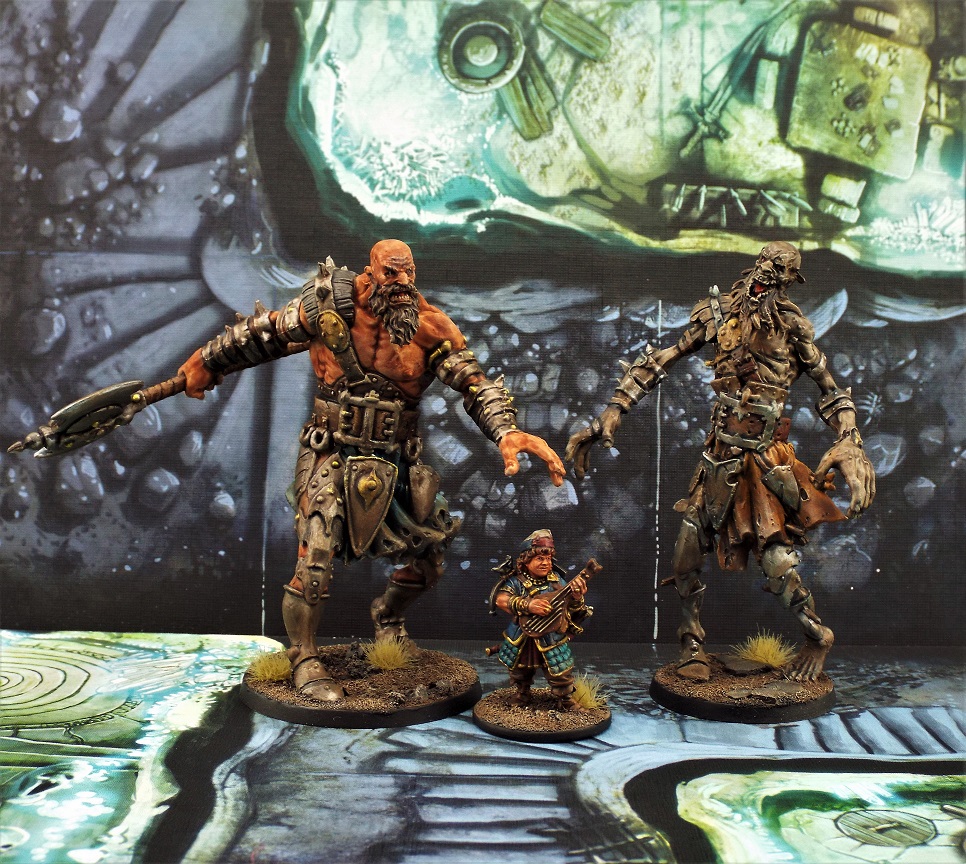 Tonights mission was to channel all the zombies into a river that ran down the middle of the table. We snagged one objective that allowed us to shift a spawn point into it early on, the other one we needed was the very last one we had to try. A few of us took a zombie slap, but think we were more surgical in our zombiciding than panicked…. mostly. Certainly helped that we had a couple of people lobbing stones and boulders with a trebuchet. In one peculiar spike of good luck one character alone managed to accurately crush four abominations with boulders, despite no one seeing the target to better direct the shot. Next week we get to take advantage of funnelling the zombies into the river by flooding the place from a position of safety, if we can reach it first.