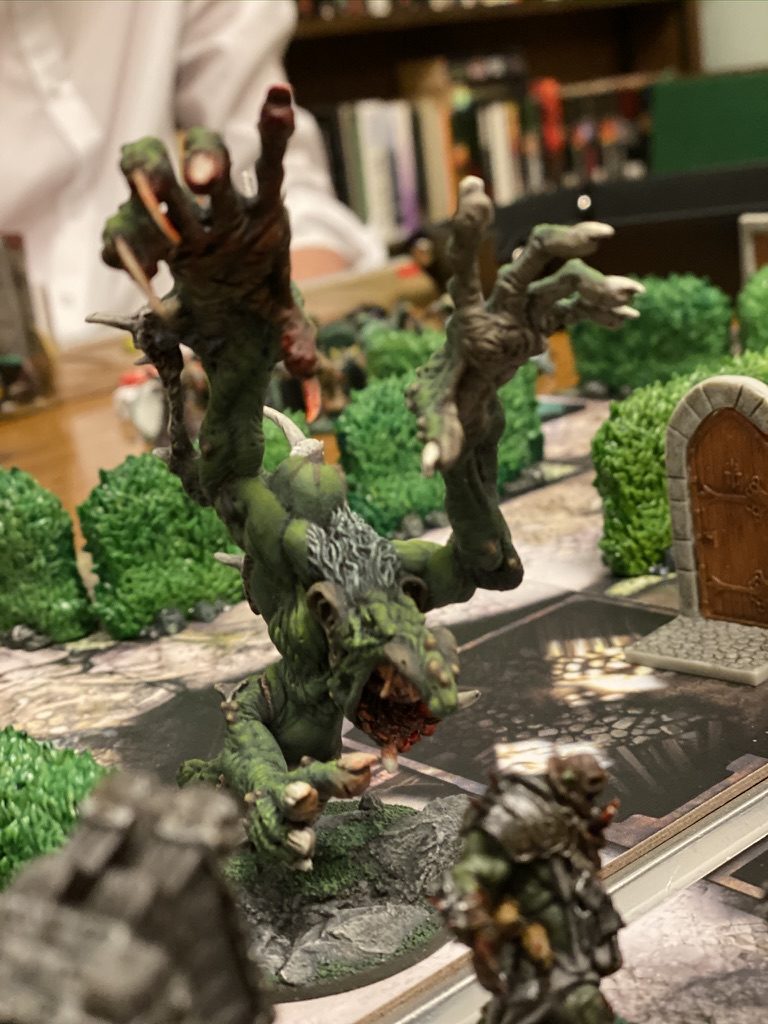 Tonight’s game was odd in a few ways. Being deprived of the trebuchet we got more stuck into close fighting than we have done recently. Some peculiar luck spikes early on, with the very first spawn card revealing a new abomination, the tough and deceptively fast Troll that could shrug off even a might smack, it required dragonbile and a torch to exterminate it. That could have led to a fast “game over” for us, but after our Dwarf shoved the Troll back a bit preventing it from doing too much damage to us we went on the find those very items we needed to see it go up in flames.

There was some fine judgment meted out as to who does what, where, and how much so we all advanced at a steady pace together, for a while at least. Some faster survivors leapt ahead opening doors and letting the zombies out, dancing around them to pluck the objectives while the slower survivors caught up to deal with the zombies. Once one fast survivor found a powerful spell to cast he surged ahead in exp’, but was well earned and deserved. Our collective timing couldn’t have been better planned, all rolling up on our exit as the last survivor to go found the trebuchet and set it to good use destroying a dam to wash the map clean of zombies. Very impressive zombiciding.