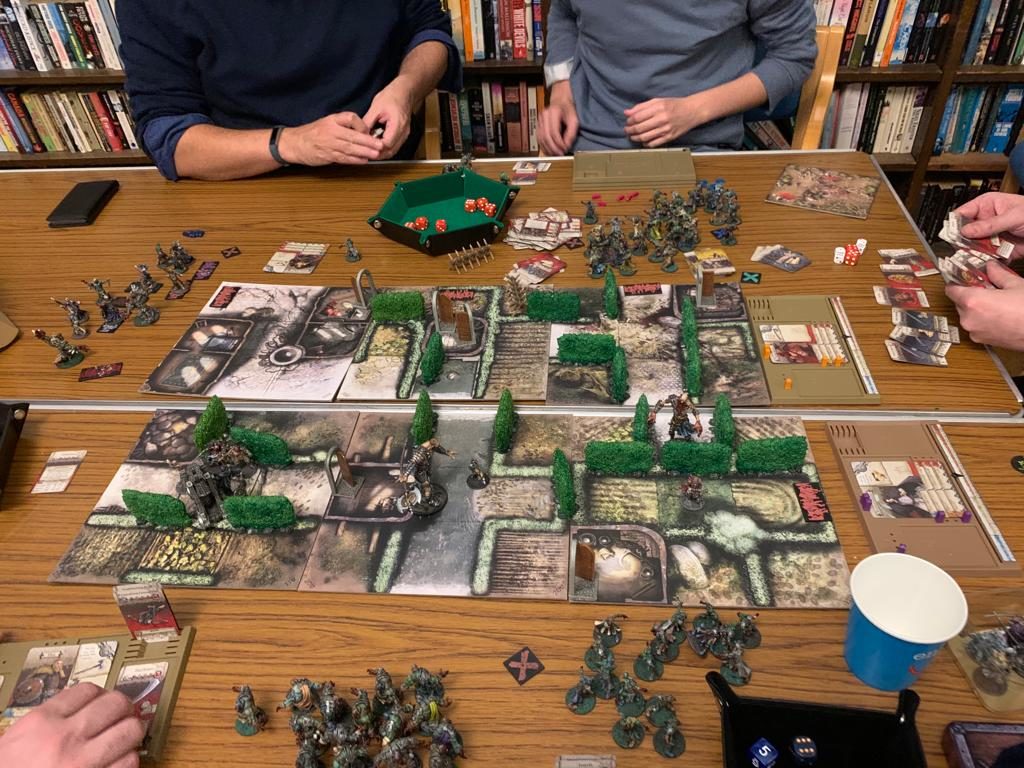 Quite a cramped map for tonights game. Only six tiles, but with four spawn zones. With that many zombies coupled with numerous objectives to nab nearly all the survivors reached
the exp limit. Early on I succumbed to uncharacteristic boldness in the Mall, and saw one of my chaps bitten and have to struggle on as a zombivor.

I blame the heat for that not being my only mistake, luckily I wasn’t alone and my slack was more than made up for. The fighting was incessant but seemed to go so well it was as if we’d played the game a lot, or something.

We bled occasionally but were fortunate to have a medic amongst us. With minutes left before we had to pack up we breached the goal, a police station, and made off with the fancy weapons stored in there. Total victory.